It sounds glib to say that energy is the most unloved sector on the stock market today, but there are some numbers to back it up. The energy sector weight in the S&P 500 is the lowest it has been in decades and is less than 5% of the entire index. That market bashing isn’t unjustified, though. Many companies in the energy sector have been burning cash at the same rate they are flaring natural gas in the Permian Basin.

Despite all the bad actors in the business flooding the market with cheap joules and worsening the rate of return for everyone in the industry, there are still some companies that are making the right moves. So we asked three of our Motley Fool contributors to each highlight an energy stock they think is a good buy today. Here’s why they picked Core Laboratories (NYSE:CLB), TerraForm Power (NASDAQ:TERP), and MPLX LP (NYSE:MPLX). 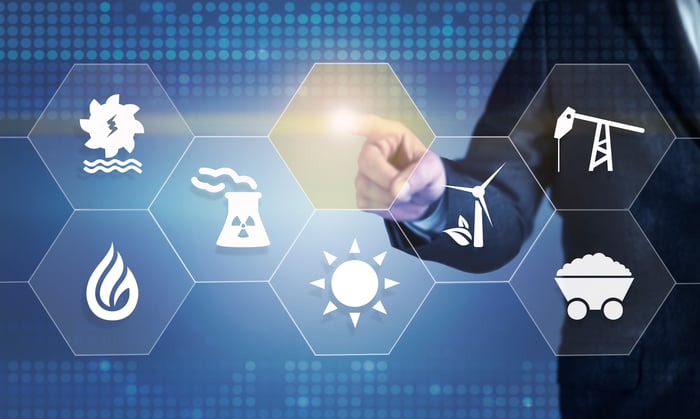 Taking advantage of the market’s pessimism

Jason Hall (Core Laboratories): Shares of oil and gas reservoir specialist Core Laboratories have taken a pounding, losing almost 70% of their value from the 2018 peak. Heck, even since the start of the year, they’re down more than 30%. Not only is that substantially worse than the S&P 500, but also a worse performance than the oil and gas industry as a whole — and even the beaten-up subsector of companies that specialize in equipment and services for the industry. 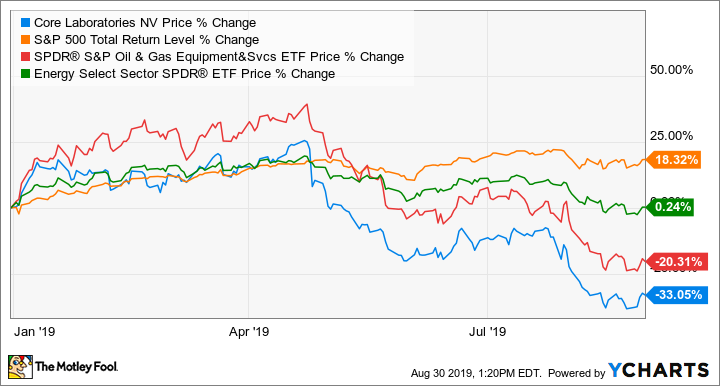 Why such a beating? In short, because the market is intensely pessimistic right now, and Core Labs’ most-recent quarterly results didn’t provide investors with much reason to change that view.

At least on the surface. But when you dig a little deeper, I think there are plenty of reasons to act now and buy Core Labs.

These factors combined should be huge catalysts to send Core shares much higher, though to be fair, it’s likely to take some time. But with that said, the high yield its dividend pays right now should make it much easier for investors to hold the stock while business improves and the market eventually rediscovers this high-quality company.

Tyler Crowe (TerraForm Power): An underappreciated trait for a company is to have a management team tell you exactly what it’s going to do, and then deliver on that plan. In the Wild West industry of alternative energy, that trait is rare. Being able to rely on management delivering on what it says is, perhaps, one of the best reasons to invest in solar and wind energy operator TerraForm Power.

Ever since Brookfield Asset Management (NYSE:BAM) took over TerraForm Power back in 2017, it has implemented the same game plan it has used at many of its other subsidiaries: Acquire assets at reasonable prices, use its larger footprint to extract greater value, and generate shareholder returns with a consistently growing dividend.

So far, it has followed that plan to the letter. It has acquired wind and solar developments at low-enough prices that they have been immediately accretive to its cash flow on a per-share basis. Then, it has gone about improving operations with items such as new service and maintenance agreements across its portfolio of wind and solar projects, as well as using the financial strength of Brookfield to renegotiate more-favorable debt terms.

All of these initiatives are projected to translate to 5% to 8% dividend growth — the same rate Brookfield has maintained at its other subsidiaries for years. Pending any unforeseen issues, TerraForm will likely deliver on this promise and create good long-term shareholder returns. 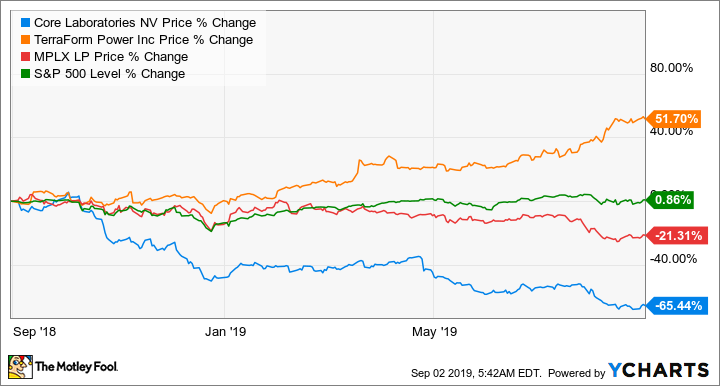 Income and growth for a value price

Matt DiLallo (MPLX): Midstream giant MPLX has a lot to offer investors. For starters, the MLP pays a well-above-average dividend that currently yields nearly 10%. While a payout approaching a double-digit rate is usually a sign of trouble, that’s not the case with MPLX. That’s because it covers its sky-high distribution with cash flow by a comfortable 1.36 times, which is well above the 1.2 comfort zone of most MLPs. Meanwhile, the company has a solid balance sheet backed by a low 3.9 times leverage ratio. That’s right below the 4.0 times comfort level of most MLPs.

The reason MPLX pays such an eye-catching dividend is that its valuation has slumped nearly 25% over the past year, which has pushed up the yield. That sell-off doesn’t make much sense considering that the MLP’s cash flow per unit has increased by more than 10% in the past year.

Another reason MPLX’s sell-off is a head-scratcher is that the company has excellent growth prospects. The highlight is the construction of an integrated wellhead-to-water solution to move oil and gas from the Permian Basin to the Gulf Coast. These projects include building more pipelines that gather oil and gas from newly drilled wells in the Permian as well as long-haul ones that will transport the volumes to the coast. From there, the oil and gas can flow to end-users as well as global markets via its growing export capabilities.

MPLX is a rare trifecta for investors since it pays a high-yielding dividend, has enticing growth prospects, and trades at a value price. Because of that, it could potentially generate some high-octane total returns in the coming years, making it an excellent energy stock to buy these days.