ARS Investment Partners LLC increased its position in shares of Phillips 66 Partners LP (NYSE:PSXP) by 103.9% in the 2nd quarter, according to its most recent disclosure with the Securities & Exchange Commission. The institutional investor owned 68,675 shares of the oil and gas company’s stock after purchasing an additional 35,000 shares during the period. ARS Investment Partners LLC owned approximately 0.05% of Phillips 66 Partners worth $3,389,000 as of its most recent SEC filing.

In related news, Director Phillip David Bairrington purchased 613 shares of the firm’s stock in a transaction on Tuesday, August 13th. The shares were bought at an average price of $52.11 per share, for a total transaction of $31,943.43. Following the acquisition, the director now directly owns 10,626 shares in the company, valued at $553,720.86. The acquisition was disclosed in a document filed with the Securities & Exchange Commission, which is accessible through this link.

The business also recently declared a quarterly dividend, which was paid on Tuesday, August 13th. Shareholders of record on Wednesday, July 31st were issued a $0.855 dividend. This represents a $3.42 dividend on an annualized basis and a dividend yield of 6.28%. The ex-dividend date of this dividend was Tuesday, July 30th. This is a positive change from Phillips 66 Partners’s previous quarterly dividend of $0.85. Phillips 66 Partners’s dividend payout ratio (DPR) is 85.50%. 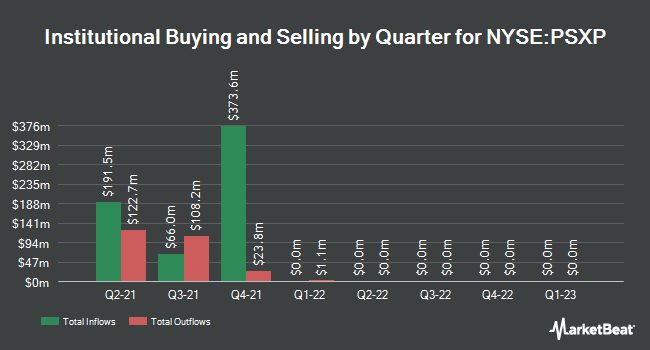