Boston Common Asset Management LLC boosted its holdings in shares of Ultrapar Participacoes SA (NYSE:UGP) by 100.0% during the 2nd quarter, according to its most recent disclosure with the Securities and Exchange Commission (SEC). The fund owned 60,860 shares of the oil and gas company’s stock after buying an additional 30,430 shares during the quarter. Boston Common Asset Management LLC’s holdings in Ultrapar Participacoes were worth $319,000 at the end of the most recent quarter.

The firm also recently announced a Semi-Annual dividend, which will be paid on Tuesday, September 10th. Stockholders of record on Monday, August 26th will be paid a $0.044 dividend. The ex-dividend date is Friday, August 23rd. Ultrapar Participacoes’s payout ratio is 32.14%. 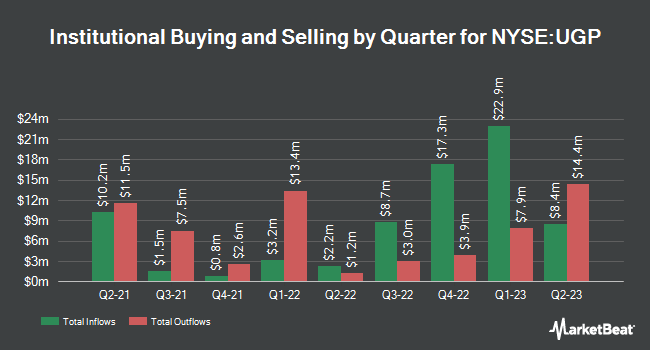